A Scorpio man is one who is of powerful emotion, such as love, joy, hatred, or anger. Though they look calm and sober, they exist in a suppressed state of anger most of the time. These people are difficult to be understood and will never know what mood they are in. They are very possessive and jealous about their partners which might result in dominating them. They would want to venture upon wild and exciting things.

Though they are not very appealing or handsome but somehow they have the capacity to attract the opposite sex.They exhibit characters like jealous, possessiveness, dominating and always want to be in force. Though money does not mean a lot to them they will always in need of making more money for they under the concept only money can give him the power to rule. A Scorpio man discourages or frightens others with threats or a domineering manner. When it comes to fatherhood he wants his children to be highly disciplined and respect elders. 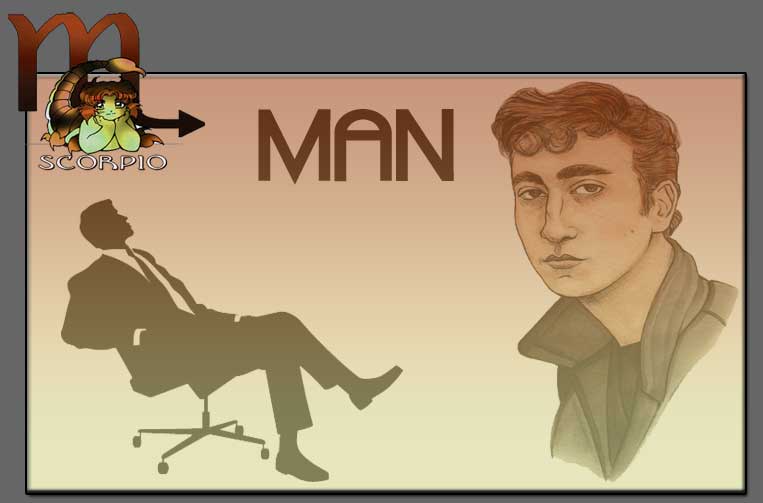